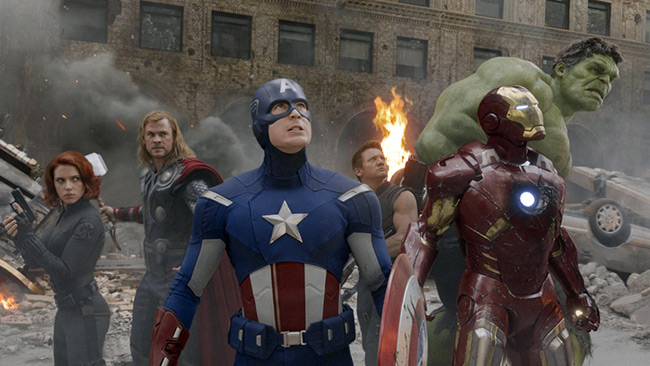 Part 2: The Things that Inspire you to Write

For some reason, writers don’t like to talk about where they get their ideas. And to the outside observer, it seems like writers magically get their ideas from the thin air.

In this series of posts, I hope to break down some of this mystery and maybe help you stop worrying and start writing.

In my previous entry, I said that writers don’t like to answer this question, because they’re busy doing harder tasks. Writing a story—that’s both entertaining and coherent—is far more difficult than coming up with an idea.

But to newcomers who want to jump into the craft of writing fiction, getting a fresh, original, and interesting idea can seem daunting.

So, let’s start out simple: what do you love?

I’m not talking about big things like family or God, but the things that inspired you to write in the first place.

Many accomplished writers started out very young. Long before they published a book, they were writing as children. They’ve been writing for so long, they don’t even think about how they get ideas. Their creative subconscious is so used to churning up new combinations of things, it’s second nature.

But you have to start somewhere. You might as well start out with the stories you already love.

I grew up on comic books, science fiction action movies, and Arthurian legends. It wasn’t until I got into college that I read the works of J. R. R. Tolkien. You can imagine that, as I child, I was coming up with my own comic book superheroes. Most of them were astonishingly similar to the characters I was reading about.

When I seriously started writing as a young man—with the intent of getting a manuscript finished—the stories I was drafting were along the same vein as The Lord of the Rings. Few of those got finished because, while I loved the genre of High fantasy, much of what I wrote was too similar to Middle Earth.

It wasn’t until a few years later that I stumbled into the Hellboy series of comics and the subgenre known as occult detective fiction. There, I found an exciting new avenue to explore, which combined fantasy, detective mystery, action, and even comedy. It was the perfect ground floor to build on.

While there are many fantastic occult detective and “urban fantasy” writers out there (going back decades), I felt the subgenre was unique enough that I could do my own thing—without feeling like a copycat.

(Which is one of the biggest hurdles you, as an aspiring writer have to get over, if you want to finish anything).

I started writing early stories featuring my own occult detective, Silas Black. I later wrote a few stories featuring a tougher, more rough-and-tumble character named Robert Asher—with similar themes. A bunch of them are on the story stories section of the website. What was unique about these stories is that they combined elements of the occult detective genre, with my own taste for comedy and action.

Silas combines elements from Sherlock Holmes, Dr. Who, Hellboy, and numerous other sources. It gives me an opportunity to experiment with many ideas and see how I can work them into this setting.

Silas Black is an enigmatic, withdrawn, snarky man who lives in Brooklyn, NY. He is an expert in paranormal phenomena but has trouble connecting with regular people and “normal” situations. He is whip-smart and clever but needs the help of regular people to solve his supernatural cases. He is a combination of many characters I’ve read about, adding in my some of my own personality (and flaws), as well as my love for the eclectic communities around New York City.

The original idea for him, though, was sparked by my interest in a subgenre. Once I started exploring ways I could contribute to this subgenre, this character and series developed.

Writers tend to do this automatically—without even knowing it. That’s why sometimes they have a hard time pinpointing where an idea came from. But simply exercising this principle can yield many potential ideas you can shape into a story.

Next entry I will explore how I organize my ideas and beginning crafting them into a tale. Subcribe now so you don’t miss out!