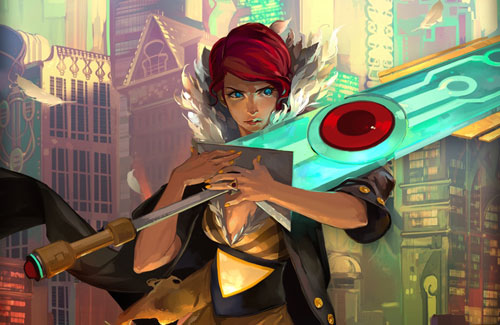 Video games have always been an popular arena for featuring the fantasy genre. From epic story-lines, heroic characters, and magical powers, gaming has portrayed our favorite genre as effectively as comics and books. Fantasy in Gaming is a new segment where I will talk about an upcoming game or related bit of gaming news that highlights high fantasy.

Supergiant Games is an indie game developer who madea big splash in 2011 with the release of Bastion. Bastion was an XBLA action rpg that harkened back to classic fantasy games like The Legend of Zelda and the original Final Fantasy. It also featured a narrator with a gravelly voice so cool and soulful, a fan got him to narrate his wedding. Soon after the initial XBLA release, the game was made available on most platforms.

Early this year, Supergiant Games announced their new project: Transistor, a puzzle-like strategy game set in a modern, sci-fi world. You may be asking yourself, why I am featuring it as a game in my fantasy blog. Oh, only because it has a super-awesome talking sword! Voiced by Logan Cunningham (the same actor from Bastion), the player wields a mysterious sentient sword of unknown origin, which guides her through the challenges and dangers in the game.

Transistor features the same beautiful art style as Supergiant’s  first game. They’ve lend their talents to create a vivid technologically infused society, with mixes of Portal, FFVII and even Blade Runner. The main character must battle through an oppressive regime, to seek freedom and justice. 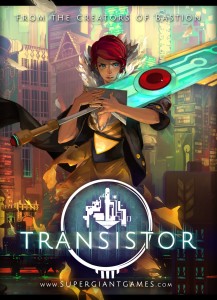 Transistor is set for an early 2014 release on major platforms.

Have any games you want mentioned? Hit me up here (or: adam[at]talesofmaora.com) with the info.