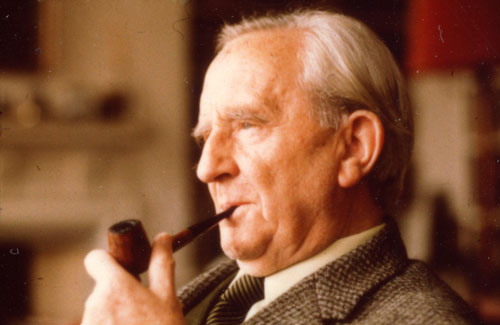 It’s been a while since I’ve posted something on the site.  No, am I not dead.  Nor is The Wizard of Quippley.  New stuff is coming, scout’s honor.  Until then I have had a few things I wanted to talk about that should fit nicely on this bottom part of the site ostensibly called a ‘blog.’  I thought it would be appropriate to share a little bit about my creative process, the journey I’ve been taking while trying to become an adequate writer & artist.

A few words from Tolkien in his introduction to The Fellowship of the Ring:

This tale grew in the telling…

Then when the ‘end’ had at last been reached the whole story had to be revised, and indeed largely re-written backwards.

I’ve been brushing up on how to write.  It seems simple, but when you make up your mind to sit down and write a book, you’ll realize just how daunting the damn thing could be.  Trying to take an idea and wrangle it into a decent story, with plot and all, is a lot like trying to build a house with a pair of shoelaces.  Laying a foundation, erecting walls, all the while making sure the roof won’t cave in is not for the faint of heart.  So it makes sense that learning a bit about it would pay off.

Plot has never been my strength.  And, judging from the endless techniques other writers endorse, no one really has a corner on it.  I don’t think I will ever be comfortable outlining my story in stone beforehand.  I feel that ideas spring up while writing, unexpected paths that take my characters to new and undiscovered places.  How can I anticipate that?

However, as fun and exhilarating as discovering these new roads may seem, slogging through to the end of a long story isn’t easy.  Trying to keep my enthusiasm for something over the course of months or even years seems nearly impossible.  I begin to think, “What am I writing?  Why do I care about these people?  Is something good on Youtube?” (This is only harder for something as nebulous and evolving as a webcomic)  Maybe some structure from the get-go will help me stay motivated.

It’s sort of weirdly encouraging to think a master like Tolkien had similar experiences.  I’m sure he had an ironclad, unshakable method of writing, one which he (it seems) never shared.  I like to think that those ancient craftsmen had a writing technique that was fool-proof and, for some reason, us modern Luddites have lost or disregarded the blueprint.  But by his own admission, J.R.R. described the process of writing The Lord of the Rings in a very unusual fashion.  It took on a life that he was not expecting.  It went in new directions as he wrote.  And, like a champ, he had to rewrite it backwards once it was complete.

I have a feeling Tolkien didn’t use index cards when plotting his masterwork.  Hell, it took him ten years to finish, there must have been significant setbacks (that little dust up with Hitler and all that).  That gives me courage.  Even the paragons have a slog of it sometimes.  And if—in ten years—I only finish one book, it may not be a masterpiece, but at least I’ll be in good company.