It’s been a long road for Algerbane, the Wizard of Quippley. After losing his family to the wicked Mordred, he’s traveled the land of Maora, stopping villains, uncovering secrets, and generally getting into all sorts of trouble. After a long time away from the action, he has been summoned to the city of mages to train an important pupil.

Peter the dwarf is Al’s stalwart companion, despite the wizard’s best efforts. Once a mercenary, Peter has weathered perils unimaginable and eaten foods much larger than his head! Returning for a gruesome war, he has been reunited with his pal, in their greatest challenge yet. In the city of mages, he must learn to become a city guard, though his ambitions lie in becoming Captain of the Guard!

Darma is a young, but powerful pupil mage. Some of the wisest magi have tried to train her and failed. Impetuous, head-strong, and fiery, Darma is more than a handful. All she needs is a guiding hand to focus her energy and supernatural talent. Is Algerbane up to the task? Probably not.

Mayatha is a young wizard who once traveled with Al and Peter. After facing harrowing dangers across multiple dimensions, she’s become a mythical being of unspeakable power. But it’s come at a price. She is severed from the world she loves and can only rarely visit it.

New comics every weekday! Get started right here, or catch up with these classic arcs. 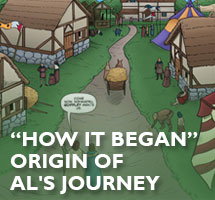 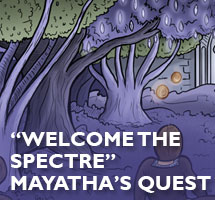 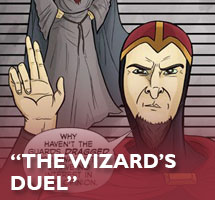 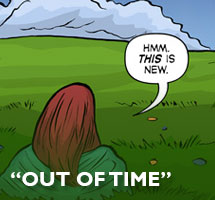