Or: How to avoid the first-person trap. 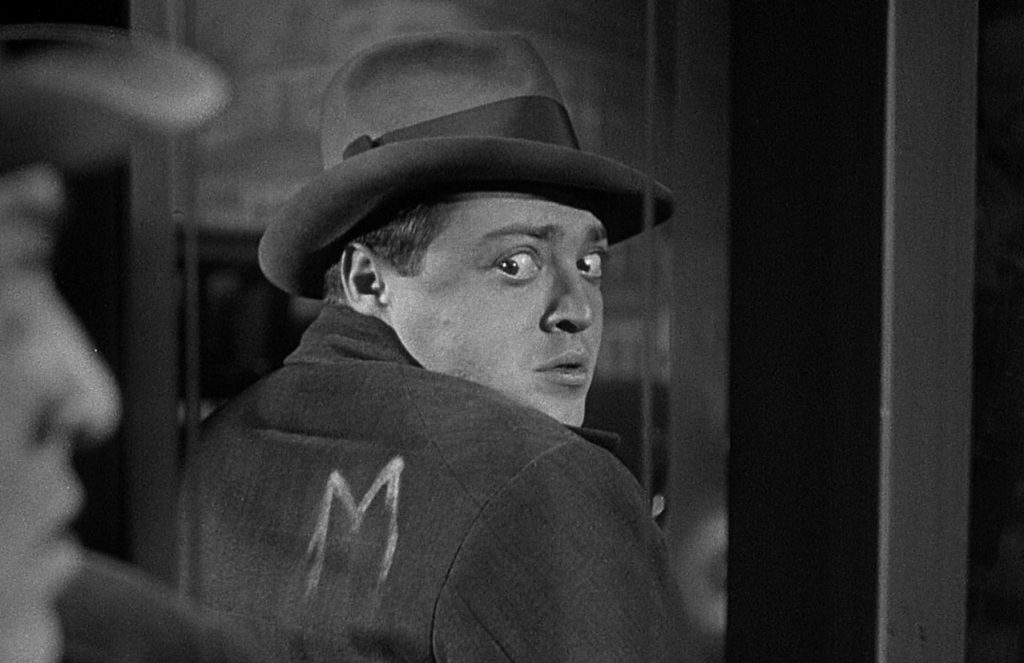 I’m not much of a “literary critic.” Oh sure, I have my opinions. And unlike yours, mine are always right.

But I don’t get much into the business of critiquing other books or comics. It’s a lot of work, and I’d rather devote my energy to creating my own things. Things like the above webcomic, the Robert Ash occult detective stories, and novels.

Despite that, I do read a lot. I try to read books from a wide spectrum of genres, styles, and topics. That’s a pro tip right there for creative types: Don’t just read the genre you like (or are working in). Read broadly, read lots of things. You never know what might spark something that changes your work. Pursuing a medieval cookbook might give you an idea for the next great children’s novel. I don’t know. But it never hurts to explore.

After reading so many different kinds of books—and after spending a considerable amount of time learning the craft myself—I can say that I have developed a nimble taste for good writing and bad writing.

I’ve also learned what kinds of books make me so furious, I want to throw them across the room (full disclosure: I’ve done this).

Today, I’m not going to write a review about a bad book, but highlight something I’ve discovered that can really spoil a potentially great story. Maybe you’re an aspiring writer. Or perhaps a cartoonist. Maybe you just love reading Sci-Fi/Fantasy stuff. Or maybe you just found this by accident.

Whatever the case may be, this blurb of text might help you recognize a very bad problem in your story. Avoiding this just might save your life!

Okay, maybe not that. But it will prevent you from embarrassing yourself.

The Curse of the Conflicting Narrator

Ask anyone I know and they’ll tell you I hate first person narration. Well, maybe not anyone I know. I rarely talk about writing to non-writers.

But I’m really not a fan of first person narration. Why? Because far too many writers use it as a crutch. A kind of cheat that gets them out of effectively illustrating or explaining a situation.

The goal of any story is to keep it moving. It’s about moving from one event to another. A plot is simply the sequence of events from beginning to end, propelled by the characters’ actions and reactions. Anything that interrupts this flow of movement poses the risk of annoying or turning off your reader.

But, in any good story, you need to take the time to explain things. Exposition is often considered a dirty word, because it stops the sequence of events to explain to the reader what’s going on. While there will always be those die hard readers who lap up every last word, most want to cut to the chase.

So fitting in backstory, explanation of events, or descriptions of characters and setting can really hamper a story that needs to be moving. Trying to fit this all in, using the adage “show don’t tell,” can be very difficult. How do you explain to your reader that this new character is a member of a secret society, uses magic to hunt wolves, and likes to collect Beanie Babies, while still moving the story along?

Well, if your main character is telling the story, he can stop in the middle of events and tell you all that. Every last detail. In massive paragraphs that fill five pages!

That’s a cheat, my friends. You should give adequate details about a character—if they’re necessary—without interrupting the flow of the story. Don’t stop what could be a very interesting moment, to tell us that the person who just walked in is from Nebraska, eats only horsemeat, and smells like lavender. Even if it’s the main character telling us these things, it ruins the flow.

Find a better way to incorporate those details. If they can be woven into the dialogue, then do it. Better yet, reveal character through their actions. Most of the people you meet don’t tell you their life story (unless you stalk them on Facebook). You learn about who they are based on subtle cues through their behavior. Why should it be any different in a story?

This is largely why I hate first person narration. Not because it’s a bad method, but because it’s often used as a cheat for feeding us information that can be better incorporated other ways.

But there is an even bigger problem I’ve found with first person narration! And it was only revealed to me recently, after reading a novel that I will not name (this is not about attacking a writer, but explaining a problem we can all learn from).

I visited my local Barnes and Noble recently. That’s right, there’s still one near my home. And yes, I love collecting real books. They look great on my shelves.

Like most voracious readers, I am always on the lookout for new finds. But with the sheer amount of books in the world, where do you start? What’s good? What’s worth my time (and money)? I tend to have a good filter when picking books for myself. I can weed out stuff I’ll hate very quickly. It’s basically because I’m incredibly picky and a bit of a snob.

But on this day, I decided to listen to the advice of a Barnes and Noble staffer. He was a nice kid and seemed very passionate about this particular series. We talked for a few minutes and it seemed we shared similar tastes in books. Honestly, it seemed like we had a lot in common. So I bought this book—the first in a series—brought it home and dug in.

There are many things I can dissect about what was wrong with this book. Obviously, paperback Sci-Fi isn’t going to encapsulate the greatest voices of a generation. But I expect at least the basics to be right.

I won’t bore you with the many things I didn’t like about this novel. Except for one: conflicting narrator.

I’ll explain what that means. Of course it was first person narration. Not great, but it can work—given a gifted author.

The real problem with this book wasn’t the fact that it was from a first person perspective, but that the voice of the narrator did not match the voice of the actual character in the story.

What do I mean by that? Here’s an example. When the book opened and I started to get acclimated to this world, I quickly garnered that the narrator—who was also the main character—was a witty, clever, and overall smart person. He was cracking wry jokes in his narration (i.e.: the actual text of the story), was making astute observations, and seemed to have sharp senses.

Considering those details, what kind of person do you have in your mind? Let me also say, at the start of the book, he was working as an accountant.

You might get a picture in your head of a lean, maybe lanky young man. Someone slight of stature, whose strengths come in the form of his quick wit, intelligence, and words.

Imagine my surprise when, halfway through the first chapter, he mentions he’s over 300 pounds!

In the next few chapters we discover his backstory (something that should have been explained at the beginning of the book). We learn that he is a behemoth of a man, a former bouncer and underground fighter. He’s a gun nut and generally uses his fists to solve problems. When he’s not shooting them.

A fine character in and of himself. But it is in shocking contrast to the one we got to know through the narration. Throughout the rest of the book there was an obvious disconnect between the person telling us the story and the one living through it. The character wasn’t very bright, or clever, or witty. He was more or less a thug—but a good-natured thug.

The narrator (who was supposed to be the same character), came off as a Joss Whedon type. Quick with a joke or insightful observation. Someone with a bit of foresight and thoughtfulness. Nothing like the person actually living through the story. The character acting out in the book had a temper. At times he would “see red” and go berserk. A clear contradiction of the person telling us what’s happening.

Do I think big bruisers can’t be clever or witty? Of course not. But that’s going against type. How many big lugs do you know in real life that are thoughtful, incisive, or quick-witted? Precious few. That’s because their strengths are in their literal, physical strength. They’ve spent their life honing their muscles, not their brains. Doesn’t mean they can’t be smart, but it’s unlikely. They certainly wouldn’t sit down and write a book about their adventures.

On the same token, a clever, quick witted person will probably less physically imposing. They’ve spent their lives developing their inner strengths: reading books, educating themselves, and exposing themselves to things that inspire their minds. They can’t bench press 500 pounds and wouldn’t be able to survive underground fighting.

Can you create a character that is both? Yep. But it takes a significant amount of work and time to convince your readers of that. And the character has to be consistent. The character in this book was not consistent. And the author did not do any of the hard work establishing and supporting the idea that this big lug was also thoughtful and smart.

We never see him getting away from the action, reading his favorite Chaucer work. We don’t see him behaving in a way that supports the clever personality that comes through the narration. Given the opportunity, he punches people. It’s extremely unlikely that a man who spent his early years fighting and bouncing at bars would be able to pass the difficult tests required to become a CPA!

That obvious conflict runs through the entire book, and ruins my immersion. I was rooting for the guy. I tried to like him. But time and again, the conflict smacked me in the face like a wet diaper. There was no way I could believe this big lug was the same person telling the story, despite the fact that the author was writing in first person.

So why did this happen? Why did an obviously talented writer end up making such a blunder? Perhaps he was told first person narration was more “immediate.” That it was “better” for the kind of action-driven story he was trying to tell. But he is naturally a clever and witty writer; writing in first person meant the main character would be witty as well. Except this main character is a 300-pound lug that shoots first and punches second. A big contrast that hurts the story.

Maybe the author always wanted to write in first person (because of the cheats I mentioned above), but refused to write authentically to the character. He needed to let the reader know how clever and funny he was, even though the main character was a thug. His vanity might have torpedoed his chances at crafting an authentic story.

Let this be a lesson to all you budding authors. Writing is hard work. It takes time and dedication to craft an effective and memorable story. It’s very easy to slip up and make mistakes, especially the above one.

What can you do? Keep writing! Finish a story and be honest about the problems. If you fall into the above trap, be willing to alter the voice of the narrator, or character the main character. Better yet, switch to third person narration, so you can stay witty and clever, but have your character behave any way you want.

Bottom line: if you have a 300-pound protagonist, don’t make him an accountant.