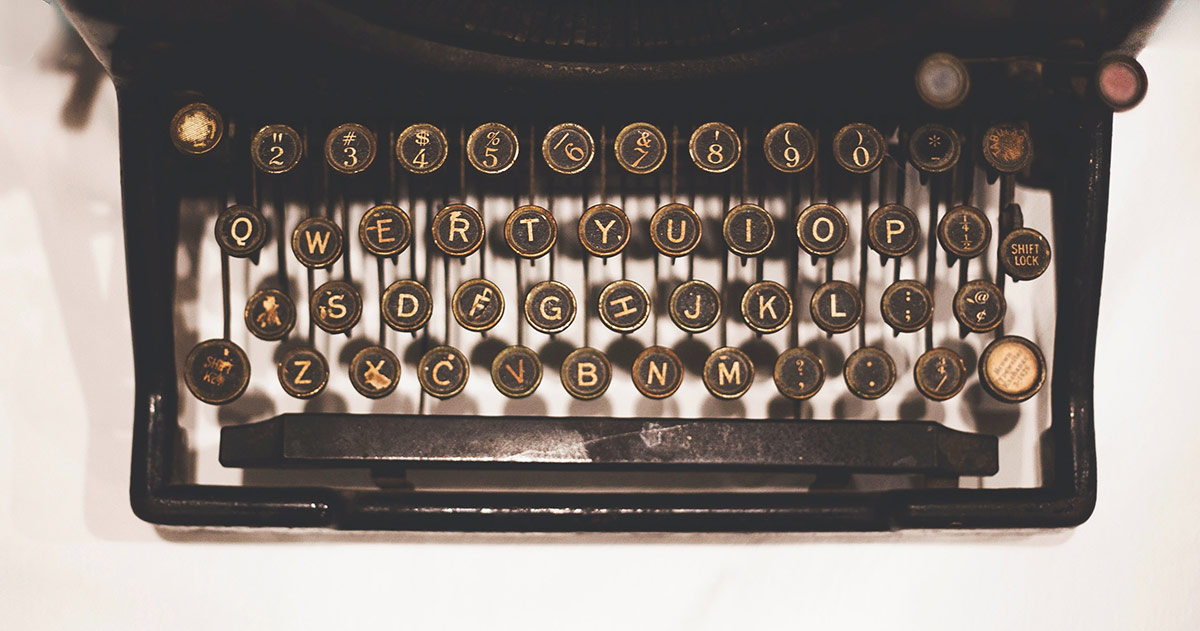 You just need to put one word after another, until the story is finished.

That sounds both insultingly easy and incredibly hard. Both are true.

“Writer’s block” is the notion that a well-meaning and hard-working writer can hit a wall that prevents them from starting or finishing a story. Hogwash.

There are many reasons why a person cannot write. But none of them involve some kind of mental block that makes it impossible to do their job.

Sure, George R. R. Martin is taking a long time to finish his Song of Ice and Fire series. But it has more to do with his busy schedule, thanks to the success of the show, as well as numerous other obligations. It is not because he suddenly forgot how to write a story—or that he’s suffering from a mental block that makes finishing impossible.

He might be juggling different ideas. He might not be wholly convinced one direction he’s taking is right for a character or plot. That might be delaying his progress, but that’s not writer’s block.

(Or maybe he’s just super lazy. I don’t know the guy! But I doubt that’s the case.)

How do you break through this “block” to get a finished story? Here are some tips.

1. Start Writing Something, Anything

Writing is like pumping an engine. You need to crank up your brain to get the juices flowing. Once the engine is running, you’ll find it much easier to get where you want to go.

Let’s say you’re having a hard time finishing a manuscript. You’ve written 90% of it, but that last 10% just isn’t coming to you. That’s okay. It’s not writer’s block. Getting up each day to write a story is a daunting task. Some days, the ideas just aren’t coming to you.

So, forget about that book—for now. Open a Word doc or fresh notebook (better yet, use a method you’re not used to using) and start writing something.

Doesn’t have to be a story. It could just be a grocery list, for gosh sakes. It can be a stream of your own thoughts. It could be your feelings about the upcoming election. It could be a silly poem or song about a dog named Filbert.

Just put words on paper. One after the other. Prime the pump. Loosen up. Get into the rhythm of writing. After a while (it could take 10 minutes or an hour), you’ll start feeling up to writing your manuscript.

That’s because your brain is like a muscle. And sometimes it needs to be loosened up and stretched before you can do anything of value.

Maybe you’ll have to do this for a few days or weeks before you get back to your project. That’s okay. Just keep writing.

I get it, it’s hard to come up with a good idea, sometimes. When you were a kid–writing stories for your own amusement–ideas flowed like water. That’s because you didn’t have an internal critic yet, telling you your ideas suck. You were brave and enthusiastic enough to just write your stories.

But as an adult, it’s hard to muster up new ideas. That’s because we’ve been told all our lives that imagination is for children. Or that only a “select few” can become artists. Hogwash. Without imagination, we wouldn’t have the Internet, comic books, iPhones, or quesadillas.

And those “select few” artists in our world were just the people too stubborn to give up when people told them to.

If you are having a hard time starting a story or continuing one, it’s not writer’s block. Perhaps your tank is just dry. Have you been reading a lot of good books, lately? Maybe your work life and personal obligations have deprived you of the simple pleasure of reading.

Here is my advice: break away from all the noise of your daily routine. Get alone for a while. And read a good book. You probably have a stack you’ve been meaning to get to. If not, head over to your library or bookstore and peruse the new arrivals. Ask someone for a recommendation.

It doesn’t have to be a genre you love. Heck, the story doesn’t have to be the best you’ve ever read. But it will give your creative subconscious a chance to absorb new ideas and connect them with old ones. You’re filling up the tank, so to speak. In no time, you’ll be imagining again.

Make reading a habit. The more books you read, the more material your brain will have to conjure up new thoughts. Nothing is new under the sun. You’re not a thief, you’re just like every other writer.

Is it taking a while? That’s okay. Go from one book to another. Read several. Eventually, something will spark inside of you and you will want to write again.

3. Make a Writing Schedule and Stick to it

There’s something to be said for consistency. Nobody likes that friend who keeps bailing on their plans. And you won’t keep a job if you can’t come into work the same time, every day.

Why should it be any different when it comes to your writing? Do you write whenever the mood strikes you? That may have worked for Ray Bradbury, who seemed to have a charmed life as a writer. But you’re not Bradbury. Bradbury’s not even Bradbury anymore, cuz he’s dead.

You need a schedule for writing. Plan, every day, to write for one hour when you get up. Or thirty minutes during lunch. Or perhaps for two hours before you fall asleep.

Few people are so naturally charismatic and talented that they can put in zero effort and produce results. Everyone has to put in the work. And that means managing your time so you can maximize your results. Ugh, that sounds like self-help talk, but it’s true.

You can’t finish your book if you don’t bother to sit down and write. Put away the distractions (that dumbphone of yours) and just commit to writing every day.

This also helps condition you to write. If you get into the habit of writing at 3 PM every day, your body and brain will so crave it. It will become a part of your routine, something you’ll feel bad about skipping.

I once got into the habit of walking the family dog every day in the afternoon. Soon, she was coming to me, expecting the walk. Your brain is like a dog. Put in the time, consistently, and it’ll start to expect writing at a certain time. And you’ll find that you have ample ideas and energy to make it happen.

Now I have to go. The dog wants a walk.