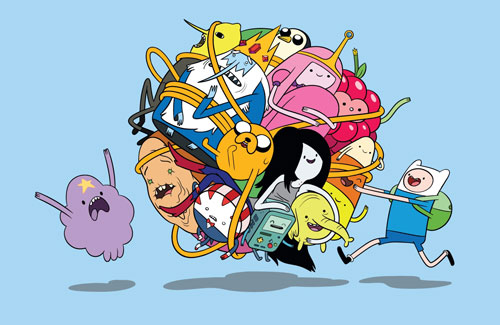 This might be a point of contention amongst high fantasy fans, but I like to consider Adventure Time as a modern fantasy saga. It’s fun, its exciting, and it’s full of quirky bizarre humor (that’s my favorite part). It’s no wonder how it’s become a hit among children and adult viewers alike. Not satisfied with just television domination, the makers of Adventure Time have been making inroad into the gaming sphere.

And they’re just not stopping.

In 2012, the first foray into console gaming was Adventure Time: Hey Ice King! Why’d You Steal Our Garbage?! It was a side-scrolling action/platform game for the 3DS. There was a lot about that game that harkened back to classics like the Legend of Zelda (let it be said that the show itself has a lot video game qualities, especially stuff from Zelda). My favorite part of that game was the cooperative aspect of playing with both Finn and Jake.

Now D3Publisher and Cartoon Network Enterprises have announced a new Adventure Time game for the big boy consoles. Adventure Time: Explore the Dungeon Because I Don’t Know! will be much like its predecessor. Players will fight to save the Candy Kingdom, but not only as Finn and Jake, but as Marceline, Cinnamon Bun, and more.

Adventure Time: Explore the Dungeon Because I Don’t Know! will be released this fall. What TIME is it??

Have any games you want mentioned? Hit me up here (or: adam[at]talesofmaora.com) with the info.