Or: How to make people believe your lies 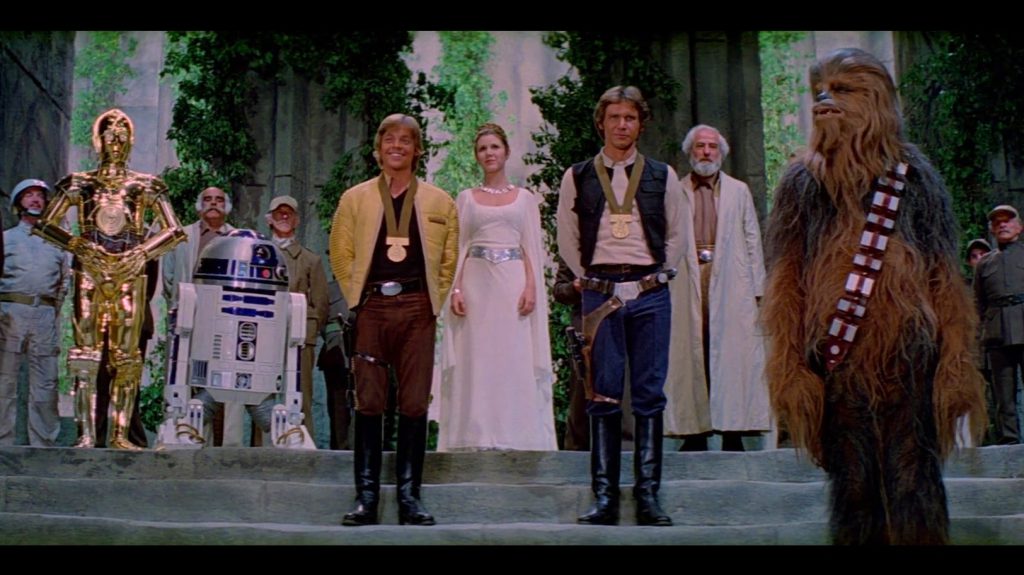 There are a lot of resources out there on how to write stories. Far too many. And, as Stephen King once said, they’re mostly b-s.

I’m not here to teach you how to write. Nor do I claim to be an expert in the craft; some kind of guru that will definitely, without a doubt, reveal to you the secrets of being an amazing writer.

Most blog posts that promise that are only after one thing: your precious clicks.

But I am a writer. And I do know how to put one word after another, until I have something that resembles a story. I’ve done that enough to know a thing or two about that craft. So, if I feel so inclined to share a little bit of my wisdom with you, why not?

Maybe it will help you write. Maybe it will be a little bit entertaining. Maybe we both can get something out of it.

Today I want to talk about writing convincing stories. What does “convincing” mean? Convincing means believable, i.e.: your reader buys that the events in your story could happen. For reader to believe that, they are willing to stick with your story all the way to the end. They will probably end up liking your story, recommending it to other people, and perhaps read other things you write (or draw or publish online).

It has nothing to do with the believability of your story’s setting or genre. Even the most radical sci-fi and fantasy tales can be alarmingly convincing. People do know how to suspend their disbelief. In fact, they readily do so, in the hopes of escaping into a fun, imaginative, fantasy world. They do that every day when they read books, watch TV shows, and play copious amounts of video games (what do you think those kids are doing every day?).

In order for a fantasy/sci-fi story to be convincing, there are many guidelines you have to follow. Notice, I didn’t say rules. Rules are meant to be broken. And, as Neil Gaiman once said, you can break any rule you like if you do so with confidence.

Guidelines are different. They are simply tips or instructions to help a fledgling writer when they lose their way. You don’t have to follow them religiously, but they can be a beacon of hope in the midst of a miry storm (like when you’re in the middle of your story).

I can spend plenty of time discussing valuable guidelines for making convincing sci-fi and fantasy. But I want this article to be a little more universal. Suffice it to say, for now, if you want convincing sci-fi and fantasy, establish clear limitations and boundaries in which your characters can dwell. Magic and incredible technology can’t do everything. Establish those boundaries and stick to them, so your audience won’t feel cheated.

Cheating Your Audience Through Lazy Writing

The worse way to make a story unconvincing is through lazy writing. Oh, there is a lot of lazy writing out there. I’ve discussed this last week, when I talked about using the first-person perspective to sneak in details and exposition. It’s a cheap way to getting stuff into your story, but it interrupts the flow of the plot.

But there are so many ways to ruin a good story through lazy writing. It’s one of the reasons why so many people give up their dream of writing the great American novel. It’s hard work writing convincingly. And far too easy to take short cuts, stall out when you’re halfway done, or fall back on lazy tropes and gimmicks.

Good writing, convincing writing, takes time. You need to become acquainted with your characters. You have to see life through their eyes. They need to become so real to you that, given any situation, you know how they would respond.

To do that you need to write. A lot. You have to write and write and write. Most of it will be trash. It will never end up in your final story. But it is integral in shaping your characters, setting, and story. Consider all that early writing/drafts as sketches. No decent artist will release their scribbled sketches as a finished piece. But the best (be they painters or lowly cartoonists like me), will have volumes of books filled with unusual artwork. Or stacks of loose papers filled with sketches. Even folders with GB’s of Photoshop files that will never see the light of day. 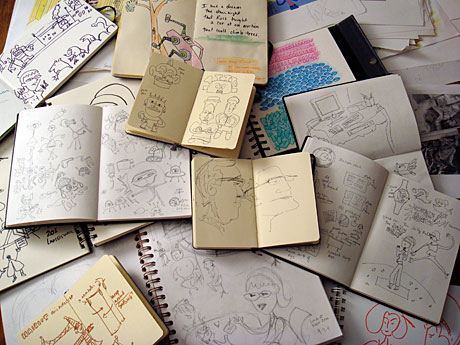 Do you think it’s any different for any other kind of artist?

To produce convincing stories, you need to live through your story. You have to spend time with the plot, the actions and reactions. You have to look at your situations from different perspectives. Only then will you discover major plot holes, or moments where the characters just don’t behave properly. Or events that seem to contradict the very purpose of the story, or the rules you set up yourself.

Take for instance a book I read recently. In it a group of mercenaries fight off all kinds of evil creatures. Sounds like fun, right? It should have been. Yet the writer made some serious mistakes that made the story far less convincing than it should have been.

He established a world in which these evil creatures (werewolves, vampires, ghouls, etc.) exist by supernatural means. That makes this, not a science-based world (where the creatures are the result of viruses or experimentation and thus, vulnerable to down-to-earth remedies), but a supernatural world. He even goes on to explain that supernatural actions—including things like faith and religious relics—have incredible power to thwart and even defeat these evil creatures.

But how does this group of mercenaries defeat these enemies? With guns! Lots and lots of guns!

This, despite the fact that in most cases, the best thing guns can do is slow the creatures down. There was even a scene where, after the characters riddle a vampire with bullets, the only thing that stops it is someone whipping out a religious item. Where the bullets did nothing to stop this villain, a simple symbol of faith froze it in its tracks.

Yet the next time the heroes are tracking some vile creature, they whip out the guns.

They even make it a point to say that, while they know religious and faith-based methods do wonders to stop these creatures, this group puts their faith in guns.

In the world this author is trying to create, he makes it clear that the enemy is effectively stopped by a specific method. Yet he has his characters neglect that method in favor of an approach that rarely works.

Now, if the purpose of the story was to show that this group was incredibly stupid and the arc of the plot was for them to change tactics, then this obvious flaw would make sense. But that was not the goal. This was supposed to be an action-packed fantasy-based novel about soldiers shooting up monsters. Yet the writer purposefully creates a contradiction that makes his story incredibly unconvincing.

You might be saying, “Heh, I’d never do that!” But the fact remains that, even if you’re not writing this kind of story, it’s very easy to inadvertently introduce these kinds of contradictions.

If you broaden out this example, you’ll see what I mean. Here we have a set of circumstances that clearly establish the setting of a story (supernatural, faith-based tactics work against the enemy), but the writer has his characters act against these circumstances (they use guns that work far less effectively).

Any kind of story can fall into this problem, regardless of genre or type. It simply means you haven’t spent enough time getting to know your own story. This kind of problem is pretty common, when plot comes before character. All stories are built around a convincing plot, but that plot is driven by the actions of the characters. Plot is simply the events that unfold over the course of the story. But those events are perpetuated and maintained by the characters.

So your characters have to behave in a way that properly reflects what is going on in the story’s world. Actions produce reactions. Those reactions have consequences. Those consequences lead to new actions by the characters, based on who they are as people. If you have a group of mercenaries fighting evil creatures, they will most likely use methods that are the most effective. If they realize that faith (or magic) is way more effective than a Glock, guess what? That mercenary company is going to start recruiting priests and wizards.

That is a believable cause and effect scenario. Or actions leading to convincing reactions. If your characters continue to blunder along, unable to learn from what has transpired in the story or make changes, you’re going to lose your reader.

It’s easy to fall into this trap, like most traps. As an excited writer, you can find yourself barreling along in your story, jump from page to page, chapter to chapter. You’re just happy to get the thing finished. And that’s understandable. It takes a lot of hard work and effort to finish a first draft. It often feels like wrestling an octopus. There are so many legs flailing around. It’s a herculean effort just to get them in order.

Don’t be surprised that once you’re finished with a draft, there are many mistakes and problems. That’s normal. Be willing to take a scalpel (or hatchet) to your finished work and make the needed changes. Be willing to spend more time with your work, looking at it from all those different angles, to be sure you spot the problems.

This is a big one. Don’t make this mistake. Characters need to be established with clear motivation and goals. As they explore your story’s world, they have to behave in such a way that the reader knows they are reacting to their surroundings, making changes to themselves if needed. If a woman falls in love with a man, but continues to behave like she isn’t in love—that’s pretty unconvincing.

In the same way, if a detective is investigating a case and stumbles on a major clue, he will follow that clue. He won’t continue sniffing around early leads like he just didn’t discover an important piece of information. If he encounters some kind of setback, twist, or opposition, he is going to have to adjust his tactics, or face serious consequences.

To make a story convincing, you need to make the consequences of actions serious. Things need to change. Problems must escalate. Characters have to behave in ways that match their personality, means, and motivation.