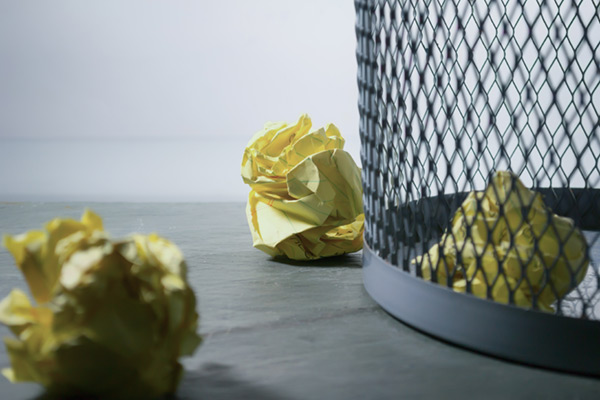 I don’t know much about Jennifer Egan, but she’s credited with one great quote:

“You can only write regularly if you’re willing to write badly. You can’t write regularly and well. One should accept bad writing as a way of priming the pump, a warm-up exercise that allows you to write well.”

This is so brilliant, that it bears an entire article to unpack and talk about.

I’m a freelance writer. Been writing for a living for about 4 years. Long before that, I was simply an amateur fiction writer. I would spend free time working on a short story or manuscript. But it wasn’t until I started writing for money that certain things clicked into place.

When you’re aspiring to be a published fiction writer, it’s easy to put off work (i.e.: writing). You probably have a day job or school—and numerous other responsibilities and social obligations. Setting even ten minutes aside to work on that idea or continue to story can be impossible.

But, for me, that luxury went straight out the window—when writing meant I could pay my bills!

Freelance writing, or at least the kind I was doing, requires that I write. A lot. Often about things I either don’t know much about—or worse—don’t even care about. In order to earn enough to support myself, I had to churn out mountains of content on a daily basis.

The only way I could survive and then thrive was to be satisfied with writing badly.

How is that possible? I mean, I was getting paid, by real people, to produce articles and website copy. The stuff I wrote would mean traffic and business for them. How could I get away with bad stuff, and still have a job?

Good question. I quickly learned that the standards other people had for articles were much lower than the one I had for my fiction. That didn’t mean they wanted crap, they just wanted very easy-to-read articles that didn’t require the style, charm, or voice of a fiction story.

But it still required me to churn out thousands of words a day. It would be impossible for all those words to be 100% gold.

That set me free, my friends. Because the goal of just finishing my workload and earning paychecks was more important than writing the “perfect” article.

Being satisfied with adequate or even bad content allowed to me actually get work done.

(And if you think I got away with crap because I had editors “fixing” my mistakes, I have news for you: editors don’t rewrite garbage. If I was turning in unreadable gibberish, they’d have me do it over. No shortcuts, not even in this lesson.)

Because I was writing (and still write) mountains of content a day (for perspective, I often write 5-8 articles a day, not counting webpage copy, totaling around 3,200-5,000 words a day), I was able to learn this big secret:

In fact, you can’t write good stuff until you write bad stuff.

I think many aspiring writers never get off the ground because they are too afraid what they write won’t be any good. You may have a great idea—maybe many ideas that inspire you—but you believe you’ll never be able to express them as good as your favorite author.

Does a kid start riding a bike perfectly? Even with training wheels, they will fall, crash into a tree or two, and run over their dad’s feet.

But it’s after those mistakes and crashes that they get it. They learn to balance and the whole thing clicks into place. Soon, they’re zooming all over the neighborhood.

That’s very similar to writing. The first draft of anything is terrible. There will be run-on sentences, plot holes, bad dialogue, and terrible, terrible descriptions. Probably too many descriptions. But before the “bad” first draft, there was nothing. Your story didn’t even exist.

Even in its primordial, utterly awful state, that first draft is better than what you had before.

The harsh reality is that every story worth reading goes through many changes. I remember Neil Gaiman commenting on an episode of Dr. Who he wrote. The famous “The Doctor’s Wife” episode. During the commentary, I believe he mentioned a change he made on draft 14 of the script. Draft 14! That means the best-selling author wrote at least fourteen versions of that script.

And you think your story should be perfect with the first draft?

Writing badly, even terribly, is freedom. You can be as sloppy and incoherent as you want. The story can go in 1000 different dead ends. That’s fine! It doesn’t have to make sense. It just has to exist.

You will want to rewrite it anyway. As you plot out a story, you’ll get new ideas and make new connections. You will have insight into theme, character, and setting along the way. Most likely, you will have an entirely new perspective on the story than you originally had. You will have no choice but to want to dive into that second draft to implement those new insights.

So why get all stressed out about that first draft? Write it out. Make it as terrible as you want.

Then you can get started on the second, third, fourth, and so on.

I hope you liked this article. Stay tuned, every week, for more of the same. Part 2 of my series “Where Do Writers Get Ideas?” is coming out soon. Subscribe to my newsletter so you’ll never miss an issue!