Part 1: The Dreaded Question & Where to Start 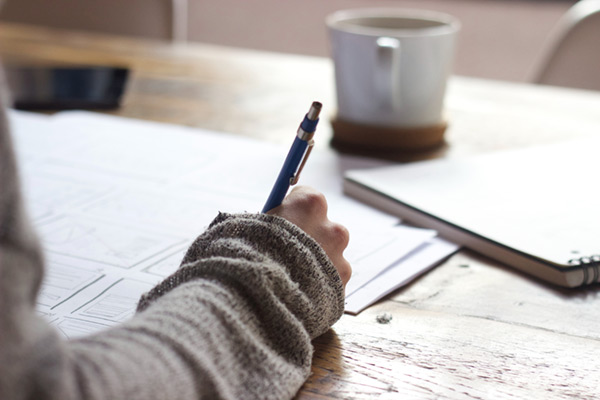 People who don’t write often ask this question: where do you get your ideas?

It’s true that, when you look at a finished product, a story appears like magic. This strange person mysteriously came up with out-of-this-world idea that you would have never thought of. Obviously, writers have some kind of special power that allows them to conjure up endless ideas for their stories.

But that’s not really what happens.

Like all forms of art and creativity, writers write because they love it. Or they should—there are always periods of burnout. What inspires me to write is my love of story and the incredible notion that I too can do what people like Tolkien, Gaiman, and Clarke do.

I, personally, think writers don’t like the question, “Where do you get your ideas,” because that’s so far and away the last thing we even worry about. We already have the ideas percolating in our heads. The real challenge is, you know, actually writing them out.

Writers work so hard trying to take their ideas, put them on paper, and have them come out in a form that’s not only understandable, but at the same time relatable and unique, and entertaining. It’s not an easy task. So, when someone asks us the dreaded question, it’s almost insulting.

Because an idea is literally just the beginning of the journey.

But the question does have some validity. To someone just starting out writing, who hasn’t spent long hours exploring themes, characters, ideas, and plots—getting an idea may seem daunting.

For experienced writers, getting an idea is almost second nature. But to someone that hasn’t tried writing a story, it might seem impossible.

The best advice, before we get into it, is this: just start writing, no matter the idea. Even if you don’t think it’s “great,” or it’s “been done before,” just start.

Now, on to where we get our ideas.

The creative process is a lot like baking. It involves combining many different ideas to create something new. Some of the most successful and popular stories have been nothing more than combinations of other ideas. Ideas that have “been done before.”

On the cover of Ready Player One, there is a quote: “Willy Wonka meets The Matrix.” That pretty much sums up that story. Ernest Cline took elements of the contest in Willy Wonka and put it in a virtually-simulated game—similar to the world of the Matrix. Is there much more to that story, of course. But the core of the idea is built around combining two very different stories.

Cline may not have envisioned his story like that at the start. That’s normally how it goes. Often a story begins with just a question. “What if werewolves were invisible?” Or, maybe you love, love, love a character and draw inspiration from it. You could ask yourself, “What if Sherlock Holmes lived in the future, and had a cyborg sidekick?”

Ideas aren’t good or bad, they are simply starting points. You will go on a long journey taking this idea and shaping it into a full story.

Many writers are possessed with a love for a specific genre. Simply exploring a body of work can give you endless jumping off points. I love fantasy, so I have read many writers—from across many time periods—gleaning from their perspectives, insights, passions, and styles.

The more I read, watch, and listen to fantasy stories, I’ve learned what I like and don’t like. I know right away if a story is going to captivate my attention or lose me. Even as I enjoy a story, I am subconsciously storing away moments, feelings, and thoughts—all of which will later shape my ideas.

For my webcomics, The Wizard of Quippley, I combined traditional elements of the high-fantasy wizard with my personal sense of humor. Much of the setting, characters, and plot of the comic are familiar to fantasy fans, but the unique twist is that the characters are often humorous. I took what I loved about the genre and mixed it with what I wanted to say. And I left out things I can’t stand or don’t like.

In the coming weeks, I’ll be exploring my process of getting, developing, and exploring ideas. I will write about many places to get ideas and how to shape them into story. Ultimately, it is my hope to dispel this frequent question and help aspiring writers put pen to page.